Wendy Davis is the Reason I Moved to Texas

Being from Boston, it’s often hard to tell people I now live in Texas.

“Why in the world would you move there?” They say. “Do you hate us that much?” They also say.

Or if your my grandmother, you say, “Well good riddance! Let Texas have you!”

Confession: I didn’t move here because of Wendy Davis (although that’s the story I’m using in my memoir) but she is the reason I’m smiling like a proud, giddy mother. I moved here for a change. I moved here because the week of the South By Southwest Festival is like a city-wide party where you should expect to see at least three of your favorite bands. I moved here because Ithaca winters are like living in an igloo for six months that you have to dig out of every morning to get to class.

But Texas is so conservative, everyone says ya’ll and you have to go to bed knowing Rick Perry is sleeping closer to you than ever before. As a women, you also feel it’s more possible for you reproductive rights to be taken from you. That a room full of men can still decide what is allowed to happen inside of my body is one of the many mysteries I’m still unable to make a joke out of.

The truth is however, the longer I live here in Austin, the more I love it — In that way you love the gas station you drive a few extra minutes to get to because it has your favorite drinks even though sometimes there’s a racist, sexist, cowboy buying chewing tobacco giving you the up and down.

I could give you some other reasons why living in Austin is worth it. 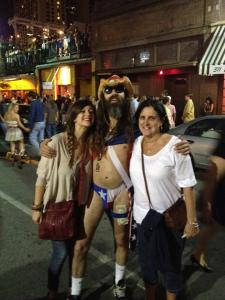 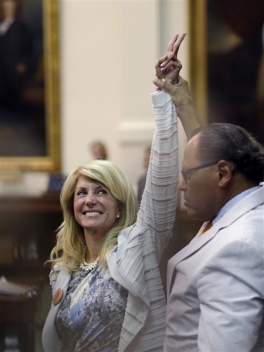 Because this women called those men out. Because this women didn’t pee, poop, eat, drink, or sit for 13 hours. Because if you give a girl some time to talk about why she should have reproductive rights, she can go all day long. Because this woman is my hero, and she exists in Texas. So yeah, it’s hard being a northerner in the absolute South. But I should be able to decide what happens to my body wherever I live so for this, I’m proud to live in a state where Wendy Davis exists. I know she’s got my back. And me, I’m still wrapping my head around having the ability to talk intelligibly for almost 13 hours. Girl, I got your back just for that.

Click here or here to read more about Davis’ battle.

Who inspires you? Are you proud to live where you do? Tell me about it, stud.