What’s in an Age? 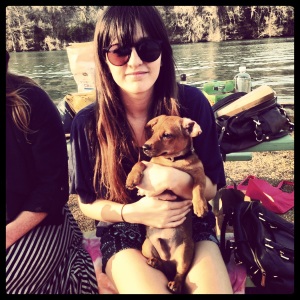 Basically what they tell you in general about age and experiences is you have more of them when you are older, you know, like cumulatively. Which would mean that by the time you turn say, 25, or a quarter-of-a-century-old for us obsessed with their own mortality, you’re just wiser than the average 18-year-old punk because you know, you’ve experienced more. Which if we’re boiling it down, means basically, you’ve now been able to drink legally for four years, and you’re body stopped being able to tolerate heavy drinking, say, 3.75 years ago.

It’s mostly vague memories of every time you forgot something at the grocery store.

It’s 25 reasons why you should have stuck with that whole “science career thing” because I guess science was cooler and more lucrative than you thought in 7th grade. (Bill Nye on Bill Maher, anyone?)

25 means paying your own cell phone bill but still being on a plan with your brother and being extremely judgmental to friends whose parents still pay their bill (I’m looking at you guy-at-work who thinks buying things from Groupon automatically thrusts you into adulthood).

25 years means you’re actually pretty impressed that you haven’t lost that “child hood spirit” which allows you to still skip in public. 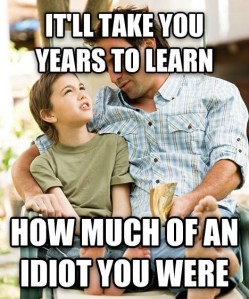 25 years is 9131.05 days of not accidentally dying on a treadmill or hopping a fence or using a fork to get your bread out of the toaster, which, let’s face it, good for you. (Side note: Want to be intimately and immediately aware of your own mortality? Google how many days you’ve lived and enjoy.)

25 is the amount of years it has taken you to buy shoes that cost more than $10 a pair.

25 is the age your mom was when she married, had two children, and a mortgage and you still can’t sew on a button.

25 is the age you are when your fiance buys you adult things like a fabric steamer for Valentine’s Day and it’s the best present you ever received in your entire life.

At 25 you have bunions like your Grandma but you still hold out hope that your retainer from Junior year of high school will fit.

At 25 you are no closer to buying a Lumosity subscription to work out your brain but at least you contemplated searching for an exercise ball on Groupon.

At 25, brushing your teeth qualifies as leaving the house.

At 25, the Olsen twins are 2 years older than you but you still watch Full House.

At 25, you’re old enough to tell Miley Cyrus to put that dirty tongue back in her mouth.

In 25 years, you’ve established a larger collection of half-filled diaries and Forever 21 receipts than you’d like to admit (But good times, right?).

In 25 years you’ve learned that paper towels are a luxury for the well-to-do.

At 25 you’ve stopped self-deprecatingly pointing out your grey hairs, because now it really is just sad.

But mostly, at 25, you feel the same as 24 except you’ve just realized you have a year less to show the world how awesome you are. And less time to be famous with your youthful breasts and mostly even complexion (‘sup Loreal anti-wrinkle eye, tone evening cream, I see you on that shelf). So I mean, in the omniscient words of B. Spears, “you better work, bitch.”